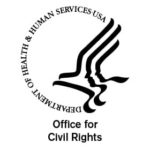 The Office of Civil Rights, Department of Health and Human Services has just issued a pre-publication request for information about possible plans to amend the HIPAA privacy rule to make it easier for covered entities to report certain mental health information to be used for gun background checks.

On January 16, 2013, President Barack Obama announced a series of Executive Actions to reduce gun violence in the United States, including efforts to improve the Federal government’s background check system for the sale or transfer of firearms by licensed dealers, called the National Criminal Background Check System (“NICS”). Among those persons disqualified from possessing or receiving firearms under Federal law are individual who have been involuntarily committed to a mental institution, found incompetent to stand trial or not guilty by reason of insanity; or otherwise have been determined, through a formal adjudication process, to have a severe mental condition that results in the individuals presenting a danger to themselves or others or being incapable of managing their own affairs (referred to as the “mental health prohibitor”). There are concerns that, in certain states, HIPAA may be a barrier to the State’s reporting the identities of individuals subject to the mental health prohibitor to the NICS.

This Advance Notice of Proposed Rulemaking (ANPRM) seeks to solicit public comments (and poses fifteen (15) specific questions) on such barriers to reporting ways in which the barriers can be addressed. In particular, the OCR is considering creating an express permission in the HIPAA rules for reporting the relevant information to the NICS by those HIPAA covered entities responsible for involuntary commitments or the formal adjudications that would subject individuals to the mental health prohibitor, or that are otherwise designated by the States to report to the NICS. The ANPRM is also soliciting comments on the best methods to disseminate information on relevant HIPAA policies to State level entities that originate or maintain information that may be reported to NICS. Finally, public input is being solicited on whether there are ways to mitigate any unintended consequences for individuals seeking needed mental health services that may be caused by creating regulatory permission to report relevant information to NICS.

Laura Podolsky is an associate at Nelson Hardiman, LLP and a member of the firm’s HIPAA Task Force. She regularly deals with HIPAA issues affecting health care providers. Contact her at lpodolsky@nelsonhardiman.com.