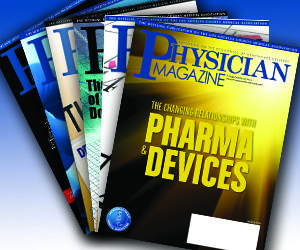 In a March 18, 2014 story about the February 19 appellate court decision in Centinela Freeman Emergency Medical Assocs. v. HealthNet of California et al., Physician News Network quotes Nelson Hardiman partner Harry Nelson on the need for physicians to be proactive in the face of nonpayment. The Centinela Freeman case has been closely watched because it opens the door to holding California health plans liable when they are negligent in delegating risk to financially unstable IPA’s, at the expense of unreimbursed physicians and other providers. In this case, an emergency care physicians group sued HealthNet and other large health plans, which had contracted with La Vida IPA, after La Vida’s bankruptcy left the physicians unpaid. Hundreds of physicians ended up unpaid as a result of La Vida’s collapse. The California Medical Association (CMA) and the American College of Emergency Physicians (ACEP) had filed amicus briefs in support of the medical group’s claim that HealthNet bore responsibility not to ignore La Vida’s prolonged financial distress and to ensure that La Vida met the solvency standards imposed by the Knox-Keene Act; the California Association of Health Plans had filed an amicus brief as well in support of the health plans’ position.  Although the trial court had sustained a demurrer in favor of the health plans, the appellate court reversed and remanded, finding that the HMOs had a responsibility not to delegate their obligations in a circumstance where they knew or should have know that La Vida would be unable to pay.

In the years leading up to the bankruptcy, Nelson Hardiman had successfully sued La Vida IPA on behalf of multiple physician clients. Nelson expressed the view that the worst thing a physician can do in circumstances where IPA’s are slow to pay is to be passive: “The road to IPA insolvency is paved with physicians who sat back on their claims and ended up unpaid.”

Nelson Hardiman Partner John A. Mills, who has pursued numerous reimbursement claims against health plans and IPA’s, also commented: “The court’s decision in the Centinela Freeman case is policy driven. The court was willing to part ways with prior court rulings because the physicians in this case all provided non-contracted emergency services, and the court correctly recognized that non-contracting emergency physicians are in the unique position of being compelled by law to provide their services. To me, what the Centinela Freeman decision really highlights is the need for physicians to diligently and vigorously pursue their non-emergency claims directly against the IPA at the first signs of financial trouble, because HMOs will continue to have no liability for those types of claims.”